At Spike’s Trophies, we’re proud to be a part of Philadelphia. Our city has given the world talented actors, athletes and artists. We’re always especially proud to see people from our hometown receive the recognition they deserve. This month, we’re featuring one of the greatest centers of all time, Wilt Chamberlain. 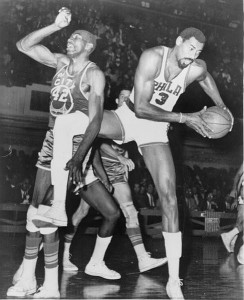 Wilton Norman Chamberlain was born in Philadelphia in 1936 (seven years after Spike’s was founded). Growing up in the Overbrook section of Philadelphia, Wilt’s prowess as a basketball player was evident from his freshman year of highschool when he led the Overbrook Panthers to the city championship. Going to Kansas University, Chamberlain immediately became a sports sensation, shattering college records and dealing with racism whenever the team played in the south.

Wilt graduated KU early and due to NBA regulations at the time, could not be drafted by a team for a year. From 1958-1959, Wilt “The Big Dipper” Chamberlain joined The Harlem Globetrotters, a time he remembered fondly throughout his life. Wilt enjoyed being a part of the Globetrotters so much that he often returned to the team during the NBA offseason.

In 1959, Wilt Chamberlain was selected by the Philadelphia Warriors. In his first season, he broke the single-season scoring record, doing so in 52 games. Wilt continued to be a star throughout his second season, breaking his own scoring record and breaking rebounding records as well. In his third season in the NBA, “The Big Dipper” set scoring records that have never been threatened. In 1962, Wilt averaged 50.4 points-per-game, set the single-game scoring record with 100 pts against the New York Knicks and became the only NBA player to ever score more than 4,000 points in a season.

It wouldn’t be until 1967 that Chamberlain would win an NBA championship. In his lowest scoring season ever (a still impressive 24.1 ppg), Wilt brought a title home to Philadelphia with the newly created 76ers, ending the Boston Celtics eight-year winning streak. 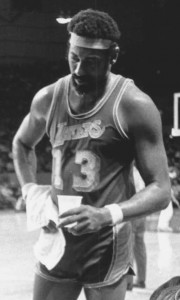 Wilt would be traded to the Los Angeles Lakers and end his NBA career there in 1972. He would win only one more championship before his retirement. From 1974-1979, Chamberlain played professional volleyball, earning his spot in The Volleyball Hall of Fame, becoming one of only a few professional athletes to be enshrined in two professional halls of fame.

Wilt Chamberlain passed away in 1999 due to heart issues. He is often credited as one of the major forces behind the popularization of the NBA.

Wilt earned dozens of commemorations during and after his professional basketball career. To see some of the commemorations we offer from glass awards to plaques for the star in your life, visit http://www.gospikes.com/. 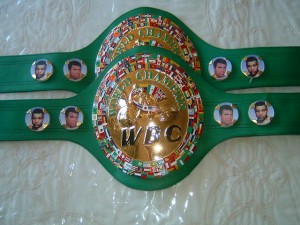