The incredible story of Beck Weathers’ survival has all the elements of a great adventure: heroism, bravery, a successful human struggle against the forces of nature, the surmounting of great physical and psychological challenges, and a triumph of the human spirit. He has come back from his ordeal to speak about his experience, and to enlighten us with the invaluable lessons he learned.

I was fortunate to have the rare opportunity to hear from someone last night at the Kimmel Center in Philadelphia who has faced his own death—and lived to tell about it. Mr. Weathers took us to that fateful day on Mt. Everest with stunning emotional detail. He took us through the events that brought him to that dark day that enlightened his life forever. He worked out over three hours a day to train to be able to travel to and climb the highest mountains on each continent, saving Everest for last, where he was left for dead.

Weathers made it home alive. Both his hands and nose were amputated, replaced with a prosthetic or reconstructed, but Weathers rediscovered the joy of living with a family he had almost lost. Before the Everest tragedy, Peach Weathers had been on the verge of divorcing her husband. “The relentless pursuit of success and goals and ambition had dragged out of life what was most precious,” he explained. “I traded my hands and my face for my family and I accept that bargain. In the end, all that matters is the people you hold in your heart and those who hold you in theirs.” As he ended the evening, with not a sound to be heard from the captivated audience, except the silent whimpering of emotion of the night, Beck let us in on the secret that he learned on that mountain. He said that he had “traveled the world looking for that something that would fulfill him, when the whole time it was there the whole time – at home, with his family, friends and loved ones.” Wow! I get goose bumps writing this. Everyday Greatness? Yeah, I think so. As he said this, I fought back tears and the mental picture from my youth came to my mind of Dorothy from the Wizard of Oz clicking her heals saying “there is no place like home, there is no place like home…”

On the night of May 10, 1996, a violent storm swept over Mt. Everest, buffeting the more than 30 adventurers who were descending from the mountain’s summit with heavy snow, subzero cold, and hurricane-force winds. Within 24 hours, eight of the climbers, including three professional guides, were dead. It would become the deadliest day in the history of expeditions on the world’s highest mountain. Among the climbers severely injured by the spring storm was Dr. Seaborn Beck Weathers, a 49-year-old amateur climber who, lying unconscious and exposed on the mountain’s icy rocks, had been left for dead three hundred yards from his camp. His wife and family were notified of his death.

Miraculously, Weathers awoke the morning after the storm to find himself alive, but barely. His hands were severely frostbitten; he had no feeling left in his feet; his vision was so impaired that he could see only three or four feet in front of him. But in his mind’s eye, he could see his wife and children back home in Dallas, Texas. “I was lying on my back in the ice. It was colder than anything you can believe,” he says. “I figured I had three or four hours left to live, so I started walking. All I knew was, as long as my legs would run, and I could stand up, I was going to move toward that camp, and if I fell down, I was going to get up. And if I fell down again, I was going to get up, and I was going to keep moving until I either hit that camp, I couldn’t get up at all, or I walked off the face of that mountain.”

When he reached his camp, his astonished fellow climbers cut the frozen clothes from his body and warmed him with a hot water bottle. When they all reached the fourth camp from the summit two days later, Weathers was too ill to descend over the Khumbu Icefall, an enormous glacier of mile-deep crevasses and 12-story-high ice blocks. Beneath the Icefall lay the base camp, where he could be moved to safety. 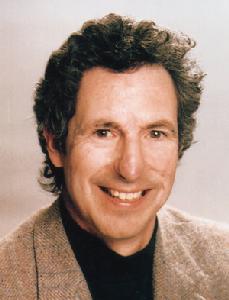 After hearing of her husband’s amazing survival, Peach Weathers arranged for a helicopter to rescue him. Helicopters can lose the ability to lift at heights above 20,000 feet, and no one had ever dared to fly one above the Icefall before. In an extraordinary act of heroism, Lieutenant Colonel Madan Khatri Chhetri of the Nepalese army flew his helicopter up 22,000 feet to where Weathers lay. At Weathers’ insistence, a Taiwanese climber who was in worse condition than him was flown out first. It was the second-highest helicopter rescue in history.

Dr. Weathers, an accomplished pathologist, lost his right hand and part of his left hand to frostbite. But though he lost his hands, he has never lost his hope. He has shown incredible courage throughout his ordeal, and his positive attitude has inspired many.

Born in Griffin, Georgia, in 1946, Dr. Weathers received his B.S. in mathematics and chemistry from Midwestern University in 1968. He received his Doctor of Medicine degree from Southwestern Medical School in 1972, and completed a pathology internship. His other professional experiences include a 1976-77 teaching appointment at Harvard Medical School. He has been a partner in MCD Pathology, LLP, and has served at Medical City Dallas Hospital and LabCorp as co-medical director since 1977. In May 2000, Villard Books published Dr. Weathers’ personal account of his experiences on Mt. Everest, Left for Dead: My Journey Home from Everest. In 2001, he was honored by Toastmasters International as one of the “Top Five Speakers of 2001”.