We love the Billboard Music Awards, not just because it celebrates some of the best music produced throughout the year, or because it’s put on by Billboard, which is an enduringly cool source for the hottest music – but because we also love their trophy! 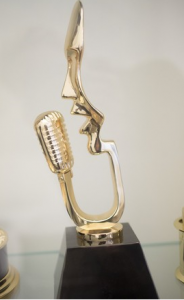 One of the more unique awards we’ve ever seen, when viewed from the side this award features the profile of a singer mid-action, which curves gently into a 3-D replica of an old-fashioned microphone. Mounted on a block which display the winner’s name and category, this award does an excellent job of representing the exact theme it celebrates. This trophy was designed by Society Awards, a NYC company that is known for its high-end statuettes; it also designed the Emmys, MTV Music Video Awards, American Music Awards, Golden Globes and more.

The awards themselves have gone through several redesigns, though the ceremony got its start in 1989. Unique to music awards, the winners of Billboard awards don’t go through a complicated vetting process by professionals in the industry, or votes from listeners – rather, finalists are based on their year-end chart performance as recorded and interpreted from sales, downloads and airplay data – which does make the awards vote-based, in a way, since listeners “vote” for the candidate each time they listen to, request or purchase their song.
The most important categories in the Billboard Music Awards are easily the Top Artists, Top Hot 100 Song, Top New Artist and Top Billboard 200 song – though the awards also feature around 38 other categories, including a truly fan-voted selection titled the Billboard Chart Achievement Award.

Just in case you weren’t keeping up with this years’ Billboard Music Awards, here were the top winners from the May 17, 2015, awards, hosted by Ludacris and Chrissy Teigen:
Top Artist: Taylor Swift
Top Billboard 200: 1989, Taylor Swift
Top Hot 100: Meghan Trainor, “All About That Bass”
To celebrate a musical achievement of your own (even if it’s just “Best Office Karaoke 2015”), take a look at our extensive inventory of unique, customizable awards. We’ve been the go-to local company for trophies and awards in NJ and PA since we got our start in 1929, and now we’re a nationwide supplier of medals, pins and patches, sculptures, awards, trophies and more. 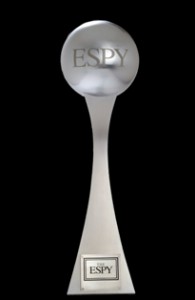