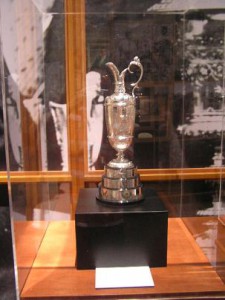 Here at Spike’s, we know there’s nothing like the roar of the crowd when the shot clock is winding down at the end of the game and the step-back three is good for the game-tying points. When the pretty dime leads to the alley-oop, statement dunk on the other end of the pass. When the off-hand, hesitatio n dribble breaks ankles and allows a drive to the hoop. In case you don’t know what we’re talking about, it’s NBA Playoffs time.

When it comes to national basketball, This is the best time to be a fan. The NBA Finals begin June 2nd, at the end of that series, one team will be awarded the much sought-after Larry O’Brien Championship Trophy. 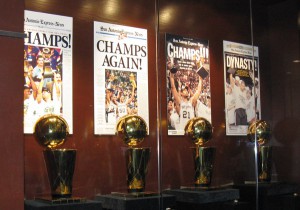 In 1947, the first Basketball Association of America championship was held. In 1949, the Basketball Association of America was rebranded the National Basketball Association. From 1947 to 1983, the winning team of the finals received the Walter A. Brown Trophy. From 1975 to 1984, Larry O’Brien served as the commissioner of the NBA. During his 9 years as commissioner, O’Brien organized a number of landmark deals that allowed basketball to become the major national sport it is today, including the ABA-NBA Merger, the transfer of broadcast rights to CBS for a better contract, modified the college draft, reached an anti-drug agreement with the NBA Players Association and oversaw a number of major changes that modernized the sport.

In 1983, as the NBA was experiencing an eruption in attendance and national interest, they renamed the Walter A. Brown Trophy, the Larry O’Brien Trophy. Since 1983, both the design and the name of the trophy has remained the same.

The award weighs 14.5 pounds and stands two feet tall. It depicts a basketball rolling over the rim and into the hoop. The ball is near regulation size, nine inches in diameter. It is constructed of sterling silver and vermeil with a 24 karat gold overlay.  Manufactured by Tiffany.co, each of the trophies is valued at 13,500. 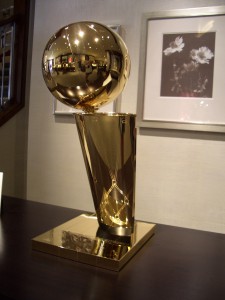 The most recent recipients of the trophy were the Golden State Warriors, but 2016 could prove to be a different year.

Whether it’s high-school baseball trophies in PA, or basketball trophies on national TV, at Spike’s we think it’s worth recognizing recognition. 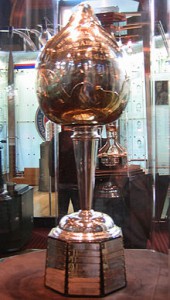 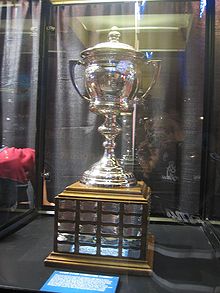 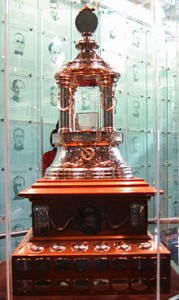 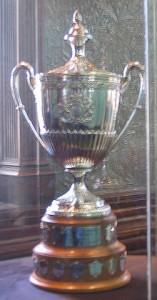 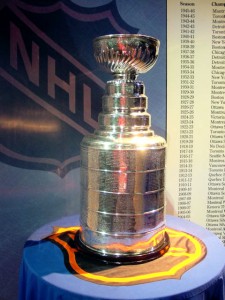 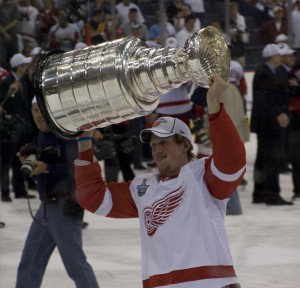