Here at Spike’s, we love to see creativity and excellence in storytelling recognized. Whether it’s the trials of a small-town sheriff making his way through a world crawling with zombies or the political sabotage of a fantasy kingdom, we’ve been treated to a number of fantastic stories on TV this past year. The Emmy Awards recognize the foremost achievements in TV stories, and 2016 is shaping up to have some tough decisions. 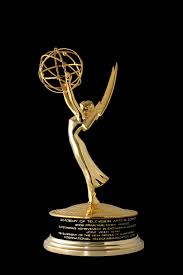 In 1949, the Academy of Television Arts & Sciences (ATAS) held their very first award show, recognizing excellence in the field of television around the Los Angeles region. In the decade that followed, the award process was changed to consider and recognize television programs across the country. In 1955, ATAS created a second organization, the National Academy of Television Arts & Sciences (NATAS) to assist with creating local chapters throughout the U.S. to better monitor the programming being broadcast.

Over the next 60 years, ATAS and NATAS would create an international arm (IATAS) to focus on programming that initially aired outside of the U.S. and individual ‘chapters’ of ATAS began awarding achievements in local programming. Currently, there are six major Emmy Award ceremonies each year: The Technology and Engineering Awards, The Daytime Awards, The Sports Awards, The News and Documentary Awards, The International Awards and the most watched, Primetime Awards.

First called the “Ike,” and then the “Immy,” The Emmy trophy was designed by Louis McManus in 1948. McManus used his wife as the model for the winged woman and depicted her holding an atom, to symbolize the academy’s dedication to uplifting the medium of television. Each statuette weighs just over six pounds and stands just under 16 inches tall. The Emmy is comprised of copper, nickel, silver and gold, sitting on a 7.5-inch base. Each year, the award is manufactured by R.S. Owens & Company in Chicago, Illinois.

This year, TV’s most beloved shows will be facing off in 27 categories. The 68th Primetime Emmy Awards air September 18th, 2016. 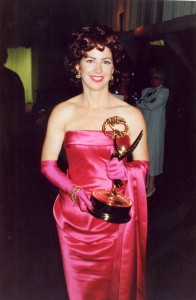 At Spike’s, plaques and trophies mean a great deal to us. We’ll be watching the awards to see which of our favorite shows pick up the Emmy this year.

To learn more about getting your own statuette, call, click or stop in today. 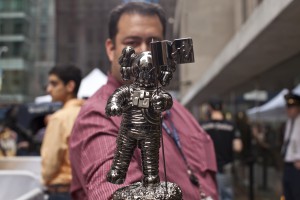 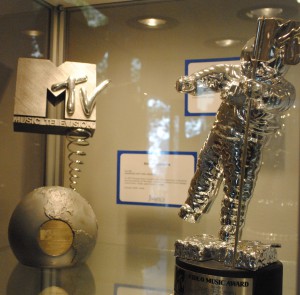