Here at Spike’s Trophies, we love watching musicians receive commemorations for achievement within their genres of art. Whether it’s a modern pop icon receiving a trophy for their most recent album or an influential musician being given an award for the scope of their work, everyone loves a good award show.

At Spike’s we’re primarily known for Philadelphia, Delaware and New Jersey Sports Trophies, but we serve the entire country in all sorts of commemorative products. In fact, this November, we’ll be watching the American Music Awards, one of the best awards shows of the season. 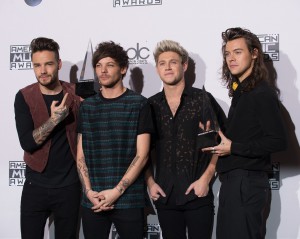 Started in 1973 by Dick Clark as a way for ABC to compete against the Grammys after losing the television rights, the American Music Awards were imagined as a different way to celebrate artists.  Instead of being voted on by a closed panel of members from the Recording Academy, the AMAs rely on polls of the public and fans to determine the most beloved achievements from the year.

On November 20th, the biggest music stars will be performing and receiving awards for their best singles, albums and collaborations of the year at the Microsoft Theater in Los Angeles. The host of the show has yet to be announced but will have some big shoes to fill after Jennifer Lopez last year. This awards ceremony has already made history as Hip-Hop artist Drake is up for a record setting 13 different awards. There are 28 different categories this year, allowing for over three hours of awards and musical performances.

In recent years, the trophy itself has featured a classic design. An elongated glass pyramid placed atop a black engraved base, the award is recognizable yet elegant. The statuette is manufactured each year by the Society Awards.

The American Music Awards, while not as popular as the Grammys, are still a great excuse to watch some of the biggest names in music all on one stage.

At Spike’s we’ll be watching as 28 statuettes are awarded to the musicians and performers. To learn more about everything we have to offer from sports trophies in Philadelphia to commemorative gifts across the country, visit http://www.gospikes.com/.